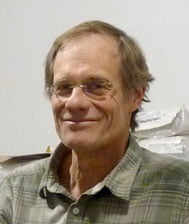 I have been a homebrewer since 1985. During the period of 1985-2009 I would have never considered brewing with any adjuncts in my beers especially rice. Rice has a bad reputation in the craft beer market due to the use of broken milled grain being used as an adjunct in many mainstream American beers. In 2009, I had to shift my beliefs when my wife determined she was gluten intolerant and cut out most grains including corn. One of the last things cut out of her diet was beer. This was very hard on her and me too. I felt guilty every time I opened a beer and she could not.

My wife eventually found a gluten-free beer and was overjoyed that she could drink beer again. The euphoria only lasted a minute or two when the beer was pushed away with the statement “I don’t ever want to see that again!” The second gluten-free beer was no different. Finally, she looked at me and said “You’re a brewer, brew me a great tasting gluten-free beer”. I knew from the ingredients of the two discarded beers that I should shy away from sorghum. I found some brown rice extract and a recipe from a gluten-free website and I brewed. My wife was elated with the results, she said it was better than anything else she had tried. As a homebrewer, I was less than impressed due to lack of complexity. I couldn’t find any ingredients that I thought would help improve flavor or body. Most, if not all other currently available gluten-free beers are made with grain extracts and often have a syrupy taste. I did not want to follow their example.

I finally decided to try malting and roasting some rice to create some color and other flavor components. My first small test batch was cooling in a bowl on the kitchen table when my 15 year old daughter grabbed a handful. Before I could scold her for eating a large amount of my first batch she said “that’s good dad, make more!” I figured I was on to something. My third batch of rice beer was an all grain batch. Although unsuccessful, it proved that there was hope.

After more than four years of development and some pivotal advice along the way from a few people in the brewing and rice industry, I have created several styles of ales and lagers. The ales and beers I produce are naturally malted and brewed using California rice, hops, water and gluten-free yeast. I have established a gluten-free facility in order to eliminate any chance of cross-contamination. In contrast, many of the currently available gluten-free beers are produced in breweries that also brew traditional barley and wheat beers.

During my development stage, as a homebrewer, I shared my beers with a number of gluten intolerant people and they all asked when they can buy my beers. Additionally, people that are not gluten intolerant think my beers rival the quality of many barley beers on the market. Two styles of my ales (amber and IPA) have been tested by White Labs with results within the style parameters of barley equivalents. More notably, none of the four submitted samples have been questioned as anything other than barley beer.